Together the cyclists have raised over £200,000 for the Lord’s Taverners, helping to put at least five of the charity’s accessible minibuses on the road for special educational needs schools across the UK, and a further £100,000 for local charities.

The cycle challenge, which was organised by Investec Wealth & Investment, started at the Emirates Old Trafford in Manchester last Sunday, with the riders passing Trent Bridge in Nottingham, Edgbaston in Birmingham, and Lord’s Cricket Ground in London, before finishing at the Kia Oval.

Darren Gough said: “It’s been an absolutely great experience. For someone who hasn’t really been on a bike since he was a teenager, cycling over 300 miles in four days was a challenge and a half, but I’ve had a terrific time and hopefully we’ll reach our target to get five more Lord’s Taverners minibuses on the road for kids with disabilities.”

James Bedingfield, Senior Investment Director at the Sheffield office of Investec Wealth & Investment who came up with the original idea for the challenge back in 2013 that raised over £280,000 for charities including the Lord’s Taverners, said: “This has been an exhilarating four days.  We have had some amazing support and it fantastic that we have collectively raised over £250k for the Lord’s Taverners and other local charities.   I would like to thank Darren Gough and all the other cyclists who took part, for their excellent fundraising efforts and support. It has been an unforgettable experience and the money raised will make a huge difference to some very worthy causes.” 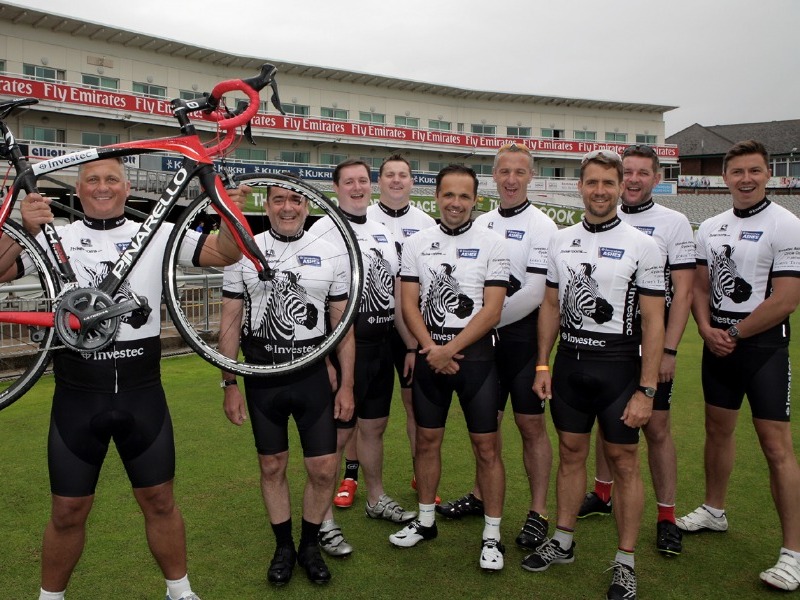