The best Christmas Adverts of 2016! 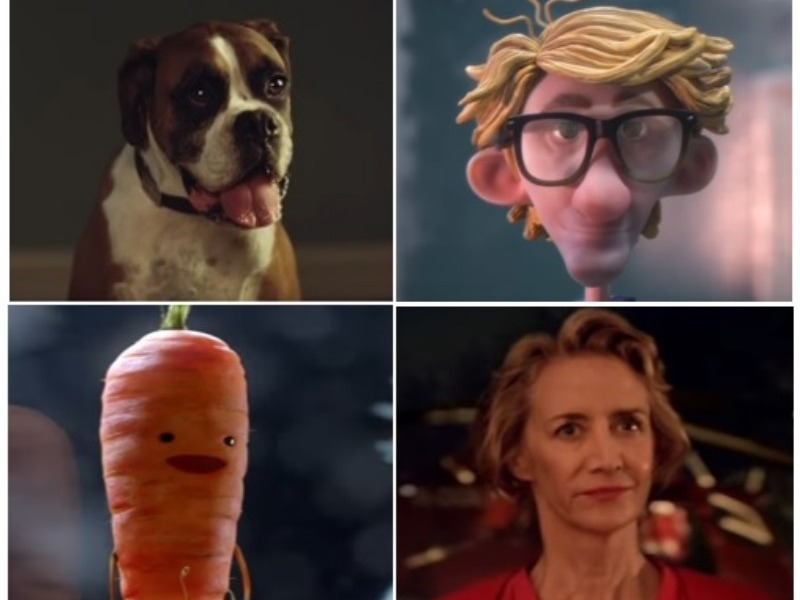 Year on year, the battle of the best Christmas advert continues and 2016 has been no exception. From Buster the Boxer dog to Kevin the talking carrot, we’ve just about seen it all. According to the Telegraph, the battle for the most popular Christmas advert has reportedly cost businesses around £5.6bn, so it’s no surprise that the campaigns have completely taken over social media.

Since the launch of the John Lewis Christmas ad campaign in November, there have been over 61,000 mentions of the advert on Twitter. The boxer dog in the advert has generated over 48,234 mentions under the #BusterTheBoxer hashtag, with around 390 mentions per minute.

There’s no denying that this year’s battle has been a close one and the adverts haven’t just been a hit in the UK. According to Business Insider, six of the top 10 Christmas ads watched on YouTube were for British companies.

Here’s a quick reminder of some of this year’s best Christmas adverts:

John Lewis- This year’s Christmas ad campaign for the retail giant involved a two-minute film of a boxer dog who is jealous of his owners Christmas present, a new trampoline. As Buster the Boxer watches the trampoline being assembled in the garden ready for the big day, he can’t help but feel envious as all of the local wildlife have a go. On Christmas day the little girl opens the doors to try out her new trampoline and Buster finally seizes his opportunity. https://www.youtube.com/watch?v=sr6lr_VRsEo

Sainsbury’s- Directed by award-winning Sam Fell, Sainsbury’s advert tells the heart-warming story of Dave, voiced by James Corden. As a devoted and hard-working dad, Dave struggles to find time to spend with his family over the Christmas period so comes up with an ingenious plan to create toy versions of himself to take over his work load. This way, he can give his family ‘The Greatest Gift of All’ for Christmas- his time. https://www.youtube.com/watch?v=bq5SGSCZe4E

M&S- ‘Christmas with love’ was the name of this year’s three-minute Christmas ad for Marks and Spencer’s. The Hollywood- style ad featured Oscar-nominated Janet McTeer, who played the star character- Mrs Claus. The short film involves a young boy called Jake who writes to Mrs Claus to ask for help in reconciling with his older sister, after allowing the family dog to chew up one of her shoes. Mrs Claus rises to the occasion and selects a gift to deliver personally to the family, not by sleigh but stylishly by snowmobile and helicopter. When Christmas day arrives, all is forgiven between Jake and his sister once she opens the present and Mrs Claus is home in time to welcome home her husband. https://www.youtube.com/watch?v=V5QPXhStb5I

Aldi- A surprising competitor for this year’s title, Aldi’s Christmas advert reveals Kevin the carrot who goes on a festive adventure to join Santa Claus on his sleigh. Voiced by Jim Broadbent, Kevin is undeterred by the festive spread laid out before him and continues his journey across the table to reach the mince pie and wait for Santa. After a quick nap, Kevin awakes to find himself hung up on Santa’s sleigh in a bid to make the reindeers fly faster. https://www.youtube.com/watch?v=aCZrWFrRgbQ

So which advert did you prefer? The results from our Twitter poll show that 41% of you enjoyed Sainsbury’s Christmas advert the most this year. Marks and Spencer’s came in second with 29% and John Lewis in close third with 24%.

Here at Dragonfly PR we manage social media for a number of our clients and we’re experts in generating creative content. To find out how we can help you increase engagement and generate business opportunities through social media visit the website or call us on 01709 300130.